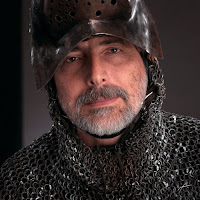 On October 4th, the Society elected its twenty-third president, David M. Cvet. David (whose surname, for the uninitiated, is pronounced Ss-vet) was born in 1955 in Welland, Ontario, his background being Slovenian. He attended the University of Toronto, receiving a B.Sc. degree in biochemistry/genetics and computer science. His initial employment took him into the biology area, with six years of diabetes research at the Banting & Best Institute, but he subsequently concentrated on the computer-science field, with a career in Information Technology (IT) spanning the years between the mainframe, super-computer era and today’s PC’s. During his career he ultimately achieved positions as Chief Technology Officer for a number of technology companies.

On his entry to the RHSC, David’s ancient and modern skills coalesced to the Society’s enormous advantage. He immediately took on the role of webmaster and completely redesigned its website to the form in which it is seen today – arguably one of the best heraldic websites in the world. Not satisfied with using his technical skills to further heraldry, David has determined to improve his own heraldic knowledge by enrolling in the Society’s Heraldry Proficiency course and passing the first stage of the process to a Licentiate of the RHSC. He became for a time president of the Toronto Branch and has now progressed to the presidency of the national society. The Society is indeed fortunate in its new president.