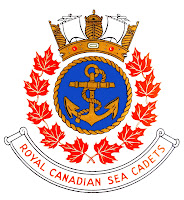 Posted by About the RHSC at 3:58 AM No comments: 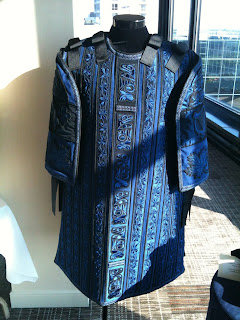 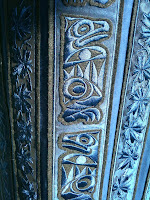 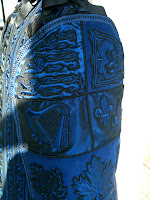 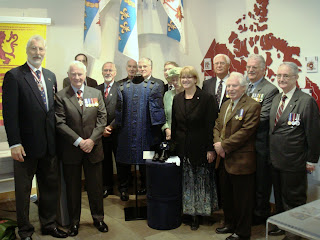 Queen's Diamond Jubilee Medal Awarded to Members of the Society

NANAIMO, BC, May 11, 2012 - The Society, the President, the Chair of the Honours & Awards Committee (Robert D. Watt) and the committee members wish to convey congratulations to the members awarded the Queen Elizabeth II Diamond Jubilee Medal. The RHSC was allotted an incredible 37 medals.

These were carefully distributed as a result of numerous discussions by the H&AC members, Robb Watt and the Society's President for weeks during the earlier part of this year. The selection process employed was one that was fair and efficient, allowing the Society to acknowledge worthy individuals and to submit the citations in a timely manner.

A special thank you must be conveyed to the Usher of the Black Rod and Canadian Secretary to the Queen, Kevin MacLeod who was our special guest at the banquet, Saturday evening on May 5 at the RHSC 46th AGM and Conference in Nanaimo. He not only delivered an engaging speech, he also posed for a series of portraits of his presenting the Queen Elizabeth II Diamond Jubilee Medal to each of the recipients present at the dinner following his speech. 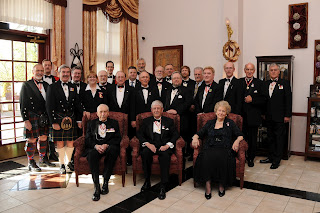 Dr. Christopher McCreery was also awarded a medal, but through his work on the Federal Diamond Jubilee Committee.
Posted by About the RHSC at 6:05 AM 1 comment:

The Royal Heraldry Society of Canada's 46th AGM and Conference is scheduled in 2012 beginning Friday, May 4th to Sunday, May 6th in Nanaimo, BC. Details and the AGM & Conference package will be made available soon. For known details and other information pertaining to the AGM & Conference, contact the Society with agm@heraldry.ca.
Posted by About the RHSC at 7:35 AM No comments: